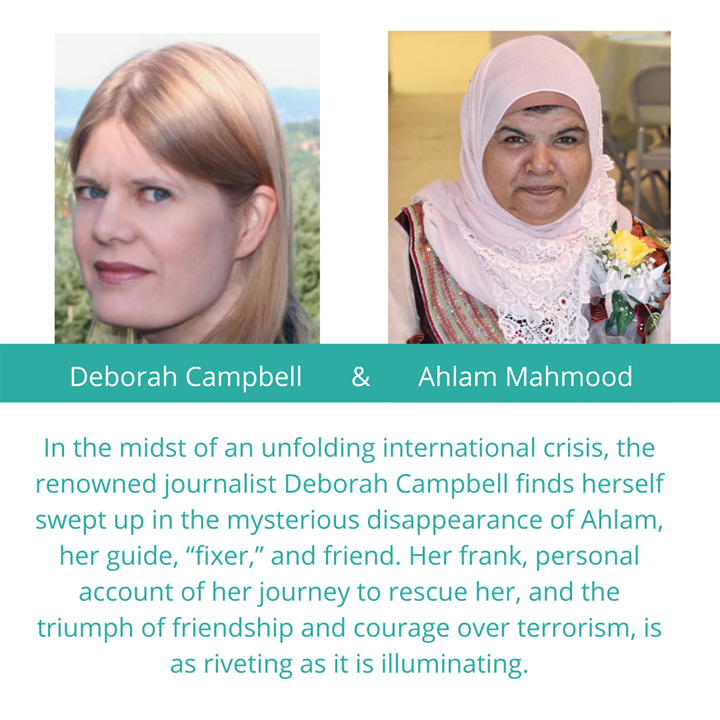 Building Peaceful Bridges (BPB) is excited to welcome Deborah Campbell and Ahlam Mahmood at our second ‘Reading Refuge’ Book Club meeting on Wednesday, April 28 from 7 to 8 pm CST. Deborah and Ahlam will lead our discussion about “A Disappearance in Damascus.”

A Disappearance in Damascus won the Hilary Weston Writers’ Trust Prize and the Hubert Evans Prize, and was a New York Times Editors’ Choice. Screen rights have been optioned by filmmaker Terry George (Hotel Rwanda, In the Name of the Father).

Campbell’s work has been published in seven languages and 11 countries. Places she has written about include Iran, Syria, Egypt, Lebanon, Israel, Palestine, Mexico, Cuba and Russia. Her work has appeared in Harper’s, the New York Times, The Economist, The Guardian and Foreign Policy. She is the recipient of three National Magazine Awards, and in 2017 received the Freedom to Read Award for her body of work. Campbell has lectured at Harvard, Berkeley, Zayed University in Dubai, and the National Press Club in Washington. She is an associate professor in the Department of Writing at the University of Victoria.

See the New York Times review of the book.