A Disappearance in Damascus

Ahlam began her life in Iraq. She was required to flee her country after being kidnapped by al-Queda for running a humanitarian aid center after the war. She fled to Syria and became a “fixer” (someone who provides Western media with trustworthy information and contacts to help obtain the news story). In addition to being a fixer, Ahlam started a girls and then a boys school in her apartment for Iraqi refugee children. The Syrian authorities became suspicious of her activities and imprisoned her for five months. Her international media and government colleagues and friends searched to find her. Once found and released from imprisonment, she was required to leave Syria within 24 hours. She and her children were political refugees and resettled in Chicago, IL, USA. Ahlam earned her U.S. citizenship in 2013 and continues her humanitarian work with ICNA Relief Chicago and Building Peaceful Bridges. Read more about Ahlam's story.

On October 17, 2019, Ahlam (al-Jabori) Mahmood, co-founder of Building Peaceful Bridges, presented at 80 Minutes Around the World at the Wilmette Theatre. She shares her harrowing story of becoming a refugee in Syria after al-Qaeda forced her, her husband, and their three children to leave their home country of Iraq. Listen to her inspiring and compelling journey of Syrian refugee life, a friendship between two women, and beginning a new life in the United States.

We Met Hope Along the Way 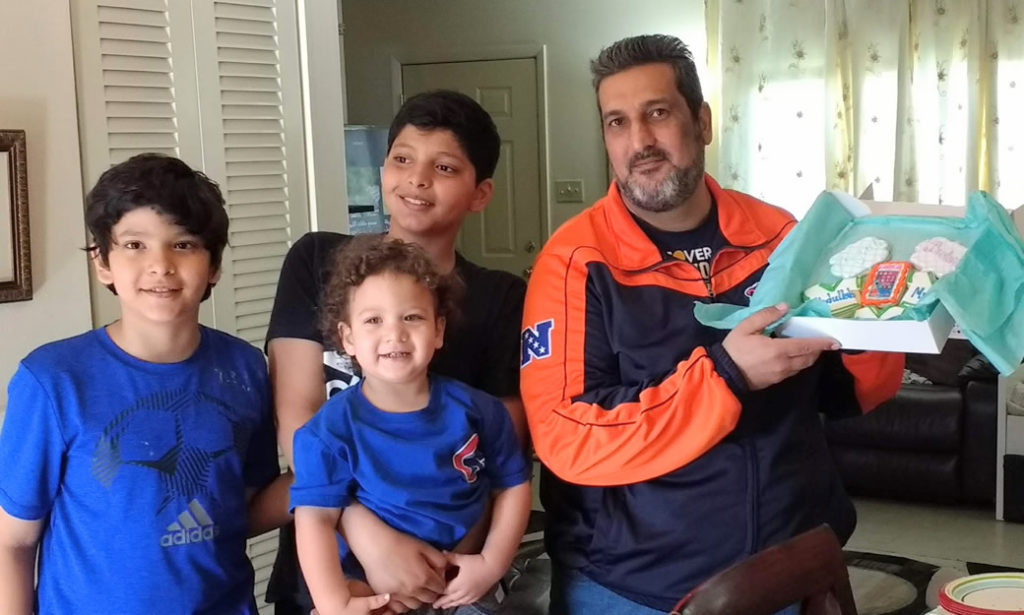 It was a seven-year journey from Iraq to Jordan to the U.S. for Bushra, Zeyad, and their children. They arrived in Chicago in 2014 (from sand to snow) and stayed focused on their desire to become U.S. citizens. They worked and studied, and on May 10, 2019, they became citizens of the United States of America.

They left a war-torn Iraq after their home in Baghdad was devastated. Zeyad was a successful civil engineer running his own company, which provided him the skills and knowledge to work towards re-building Baghdad. However, they were forced to flee to Jordan and then next to the United States.

Building Peaceful Bridges (BPB) partners with ICNA Relief Chicago and was asked to mentor and sponsor this family two years ago. What a gift it has been for all families involved. BPB visits twice a month, assisting in integrating them into their town in Indiana. BPB supports a variety of family needs, children’s schooling, and cultural understanding. The family is thriving, and we will keep you updated on their progress.

What I Faced and How I Changed 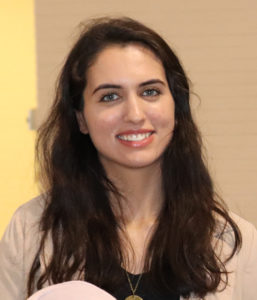 Growing up as a refugee of war, I faced huge losses and dealt with great chaos. These and other events in my life have taught me not necessarily to enjoy change, but certainly how to adapt to it.

I was born in Iraq to a great family. We lived in a suburban neighborhood of Baghdad, called Taji, where most people owned farmland and big houses. I had two older brothers, Abdullah and Anas, but I was the favorite child because I was the baby of the family. My family wasn’t rich; we led a simple life, and I was surrounded by love and attention.

Then in 2003, when I was 5 years old, the war started. My great family was altered, my beautiful country was destroyed, my simple life vanished. My life consisted of tanks, soldiers, helicopters, and fear.

In 2005, my mother was kidnapped because of her work as a translator for the Americans. We paid a ransom and got her back, but she was no longer safe in Iraq, so we moved to Damascus, Syria. That was when my life as a refugee began. My mom found a job as a humanitarian worker for the United Nations, where she helped other Iraqi Refugees.

That same year my family faced a great tragedy, with the unexpected death of my oldest brother, Anas. Two years later, my father was threatened with arrest by the Syrian government, so he went to stay with his family in Iraq. Months after he left, my mother was arrested by the Syrian intelligence for refusing to spy on the Iraqi refugees she was helping.

I was nine and I was left alone with my eleven-year-old brother, Abdullah. We had nowhere to go. We lived with strangers, with relatives, and with family friends – whoever had the room to take us. We only talked to dad on the phone.

After four months, my father made arrangements to smuggle my brother and me into Iraq, since our legal papers were lost. During that horrifying trip, I had to remain confident and strong for my brother who was extremely confused. To cross the border, we hid behind the seat of a bus driver in a space so small that we could hardly breathe. When we finally made it home and were surrounded by family, my life seemed stable again, but it didn’t last. A month later, my father took my brother and me back to Syria because my mother was released from prison with the help of Amnesty International. Then, two days later my brother and I were on a plane with our mom to Chicago.

It was 2008. I was ten-years-old and didn’t speak English. One year later, I finished the English as a Second Language program at my school and was placed in regular classes. In eighth grade, I moved to Evanston, a suburb of Chicago. I attended Evanston Township High School, where I met a very diverse group of friends. I took off my headscarf and felt free again.

In Evanston, I changed from the lost refugee girl to a normal teen. I raised my grades from D’s to A’s, and I went from ESL-based classes to Honors and AP classes. I transformed from being the helpless refugee to the mentor who helps other refugees through volunteering at a resettlement agency.

I faced many challenges, and I learned how to overcome them. My childhood was built around fear, loss, intolerance, and despair. Yet, I learned strength, resilience, confidence, and most importantly: adaptation. I learned how to obtain valuable lessons from my bad experiences rather than let them restrain me. Because of my strong will I have not only adapted, but I excelled. I am now assured that I can overcome any challenge that comes my way.

Your donation is tax deductible to the fullest extent allowed by law. Up to 91% of funding goes directly to help refugee families.

Form 1023 including all attachments and Form 990 are made available to the public upon request.