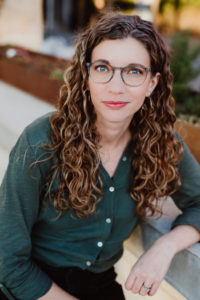 Building Peaceful Bridges (BPB) is excited to welcome Dr. Jessica Goudeau at our first book club meeting on Wednesday, February 24 at 7:00 p.m. CST. Dr. Goudeau will lead our discussion about her book, After the Last Border: Two Families and the Story of Refuge in America, which was named a New York Times Editors’ Choice book. Dr. Goudeau h

as written for The New York Times, The Atlantic, Washington Post, Los Angeles Times, Teen Vogue, among many other places, and is a former columnist for Catapult. She produced projects for Teen Vogue (“Ask a Syrian Girl”) and “A Line Birds Cannot See,” a documentary about a young girl who crossed the border into the U.S. on her own that was distributed by The New Yorker. After the Last Border is a story of two refugee families and their hope and resilience as they fight to survive and belong in America.

Find out more and register here.